By Wendy Meades on February 4, 2022 in Uncategorized 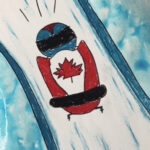 I love watching the winter Olympics almost as much as I love designing art projects for kids.  With the controversy surrounding the Beijing 2022 winter Olympics and Paralympics, I had a had a hard time deciding if I should do Olympic themed art projects this year.  I decided that I still want to recognize the athletes that train and work hard for 4 years, which was probably very difficult during a pandemic.

I love the Olympic sports that seem so unique, like the bobsled.  Imagine going down a narrow, twisting ice track at speeds of 150km/hr!  Four man bobsled racing was added to the Olympics in 1924 with two man sleds introduced 8 years later.  Two woman bobsledding events were added to the winter Olympics in 2002.  The ‘monobob’ is a new women’s event featuring a sled with only one driver and it is making it’s debut in the Beijing 2022 Olympics.  Of course I had to do an art project to celebrate women in sports.

I love this art project since it combines oil pastels and watercolour paints….my two favourite mediums to use with kids.  After drawing the scene, the key to this art project is adding in some lines of blue oil pastels to the ice track before colouring with white and adding in lines of black behind the sled to give a sense of movement.  A wet on wet technique was used in the background.  Check out the full tutorial on You Tube HERE.  While you are there…please subscribe and like the video!  Stay tuned for art inspired by the Paralympics coming soon.

If you would like to do more art projects with your kids like this, check out art club.  We love encouraging creativity in kids.

View all posts by Wendy Meades → 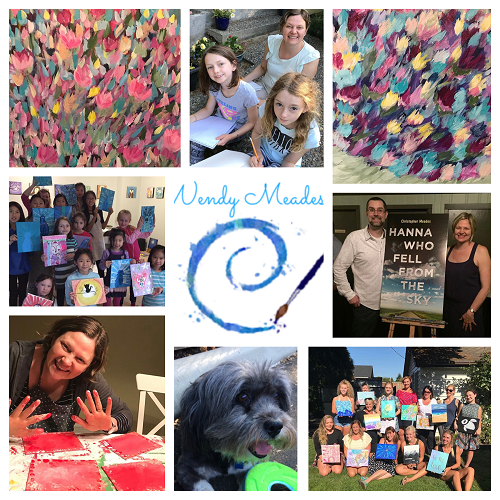 Sign up for joy, inspiration, painting ideas and art news